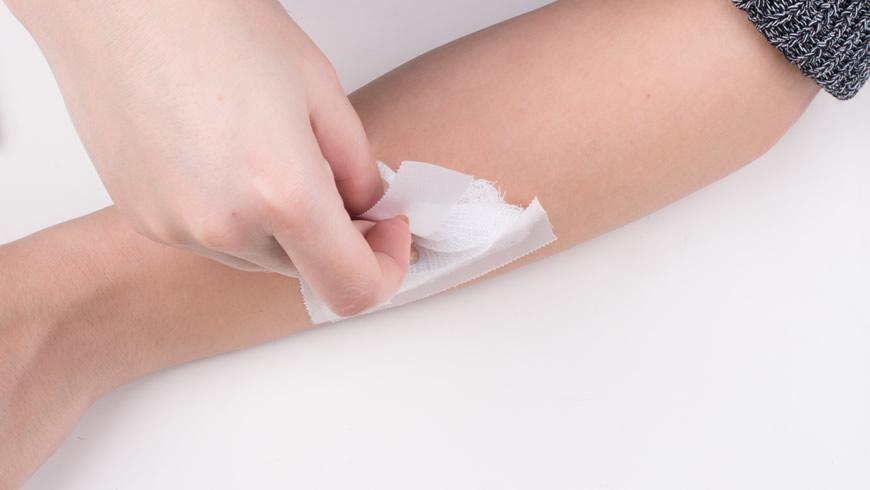 How to Take Care of a Wound to Prevent Infections

In our day to day life, we do experience minor or major accidents that cause one to have cuts and bruises that need to be taken care of to prevent infections. The infections may worsen the condition of the injured area and sometimes result to the amputation of your leg or hand.

One should note that they should wash their hands before handling any wound, whether it is minor or major. When one washes his/her hands, they eliminate the risk of transferring bacteria causing infections to the wound. You should try and stop the bleeding; for minor wounds rinse them with water as the bleeding often stops on its own. For serious wounds, one may be required to apply pressure on it using a clean cloth or bandage until the injury stops bleeding.

Clean the cut before dressing it by keeping the injury under running water, to reduce the risk of Infection; water kept in a basin or a bowl can spread infection in the wound as it is stagnant water. Make sure that you wash the area around the infection with soap, but be careful with soap and prevent the soap from entering the abrasion. Do not use irritating substances such as hydrogen peroxide and iodine as they may damage the wound further. One should make sure that they remove the dirt or any other foreign material that may be in the wound using tweezers that have been sensitized using alcohol. In incidences where the debris is too delicate for you to remove such as glass, rock particles, or too deep in your body, seek the help of a doctor.

To keep the wound moist and to avoid scaring, one is advised to apply a thin layer of an antibiotic ointment but if you don’t have it, one can turn to petroleum jelly as a substitute. One should read through the ingredients of the ointment, to check if there is anything that could cause any reaction to his/her skin, such as rashes; in case one is not aware of any allergies that they may have, he/she should stop using the ointment immediately a rash appears on his/her skin.

Make sure that your wound is covered using a bandage, rolled gauze or gauze held in place with a paper tape. The bandages help to keep the wound clean; as one is advised to change the dressing on a regular basis or if the bandage becomes dirty or wet, to prevent the breeding of bacteria. However, it is not advisable to dress a scratch or a minor scrape. When one wrongfully dresses a wound, he/she can lead to the amputation of a body part due to decomposition of the area around the injury.

One is advised to get a tetanus shot when they are injured especially if the wound is deep. The tetanus shot should be administered urgently if one has not had the injection in the past five years. The tetanus injection helps to kill the bacteria and prevent it from contaminating the wound further.