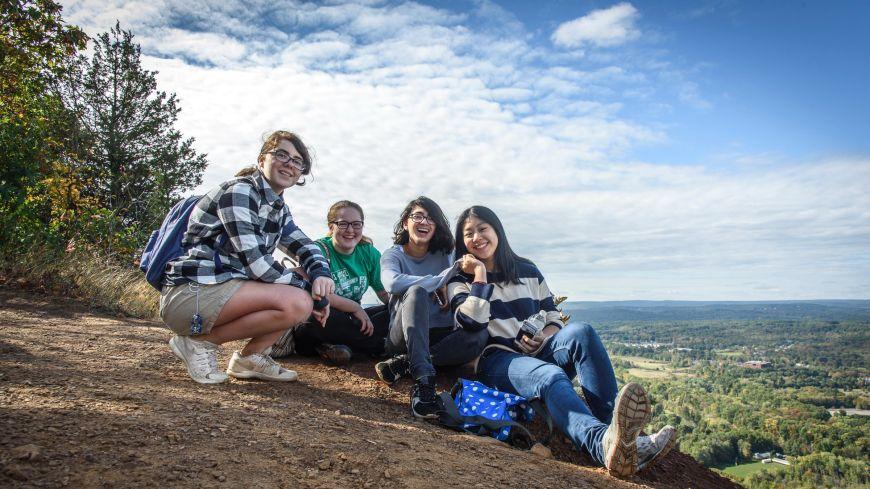 What is the life cycle of redwood trees?

Redwoods are often spotted along California to Oregon coasts, which experience coastal fog all year round. There are mainly three types of redwood trees, Giant Sequoias which are scientifically identified as sequoiadendron giganteum, Metasequoia glyptostrobides which are also known as Dawn Redwoods, and the Sequoia sempervirens that are commonly referred to as coast redwoods; they grow to approximately five feet per year and are native to Humboldt County, which has a cool climate.

Redwood trees can contain both the male pollen-producing element and the female seed-bearing cones on the same tree but different branches; thus making them monoecious. The redwoods shade pollen during winter or sometimes spring, while the fertilized ovulate cones mature in early fall, making them shade seeds in late fall or early winter.

The seed-bearing cones are produced after they attain the canopy and derive their energy from the direct sunlight. The redwood cones are just about one inch long, and they possess around fourteen and twenty-four seeds. The redwood seeds are very tiny that they cannot be weighed; one needs up to one hundred thousand seeds to be able to weigh about one pound.

The redwood trees start bearing seeds when they attain five years, while others delay and start producing seeds at the age of fifteen years. The cones need low humidity for them to dry up so that they are able to release their seeds for the production process to begin. It helps when the cones produce the seeds during a rainy season for the germs to be dispersed.

The kernel is always ready to sprout as soon as it falls to the ground, the seeds adapt faster when the ground is moist and the weather is fairly warm. The viability of the seeds increases with the age of the tree that has produced the seed, maximum viability is attained when the tree is two hundred and fifty years old. Seeds produced by redwood trees that are below twenty years of age are less viable.

Parasitic fungi, summer drought, and unfavorable climatic conditions contribute to around five percent of the seeds dispersed to develop into a seedling. Other redwood trees sprout from their parent tree roots, benefiting from a strong support system, energy, and nutrients from the mother tree.

The seeds spring from dormant blooms in the burls at the pedestal of a tree or a cut tree. The redwood trees burls are knobby formations that form from auxiliary buds and young redwood seedling. In cases where a redwood tree is cut or burnt down, a family circle of trees may sprout from the stump of the tree. However, the remains of younger trees vegetate more readily as compared to the older trees, they germinate faster because their root system is established causing the cut redwoods to grow faster than seedlings, consequently, becoming a common form of reproduction among the redwood trees, no matter the species and produce genetically identical redwood trees. ible ways in which they can be scientifically regenerated; making so many individuals to earn income through regenerating goods.

The life expectancy rate of redwood trees is roughly seven hundred years but the coast redwood can live past two thousand years and grow to a height of three hundred and sixty feet. According to Burns, the oldest redwood is a giant sequoia that is just about three thousand and two hundred years, while the oldest coastal redwood has lived to about two thousand, five hundred and twenty years. The giant sequoia is the largest tree in the world with fifty-two thousand and five hundred cubic meters feet in volume, it is found in California’s Sequoia National Park. The largest Sequoiadendron giganteum has acquired the name, General Sherman.