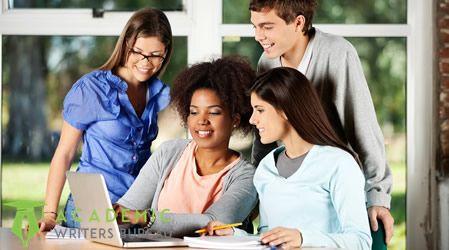 Before you get an offer for employment, the candidate is walked through the company culture and expectations of the role you are interviewing for. It may not be spelled out, but abstaining from drugs and other addictive substances is an obvious side note that employers expect you to adhere to. Once you get the contract for employment, there could be a section that highlights this. When it comes to competitive sports it is even more significant to abstain from any performance-enhancing drugs or the complete opposite. Those that can hinder performance completely through poor side effects. Taking drugs at work is a moral issue. First, it does not appeal to employers at all. It shows them your character or the lack of it when you show up ‘high’ to work. When it comes t competitive sports, it shows dishonesty and a lack of integrity so profound to the sports that athletes often lose their contracts, or they are stripped of medals won at competitive games.

Sometimes, they endure long periods of suspension due to the abuse of drugs. In the details of the contract, employers stipulate when drug tests will be conducted. Whether periodical or randomly. Some athletic starts who often perform exceptionally well, have been subject to random drugs test that they have come out to condemn as impartial treatment due to their performance.

In the case of the office workplace, drug tests may be conducted if you work in a medical facility, or perhaps an industrial area that requires concentration and manual work that is potentially life-threatening. This is because, to deal with high levels of stress, employees may turn to drugs for a release. In the case where random drug testing is considered an infringement when the drug testing is conducted in an unusual manner, referring to an unexpected time, or completely unforeseen. This would apply when it is not part of the contractor performed impartially, that is focusing on one specific person.

It could also be the result of performing the drug test more infrequently, or frequently than stipulated in the contract. Hence not adhering to it at all. When it comes to this, employees have a right to site infringement on their privacy, as some do like to indulge in a substance such as marijuana, which is considered illegal in some states, or generally not considered as best practice while at work, or in certain professions.

When it is done during sports, there need to be regular checkups and adherence to taking and not taking certain drugs. Lists of the drugs being taken should be submitted and procured by approved medical physicians. They should also be monitored for the approval according to athletic committees to abide by both the national and international competing standards. There should also be prior notice for drug testing if this is not common practice at the office with a full message being relayed as to why it is being done so that employees do not feel violated or mistrusted by their organization. Such situations can easily escalate leading to court cases, and bed relationships between employer and employee which could ultimately soil both their reputations.

In the event that all rules and regulations as stipulated in a contract by the employer for the employee, drug testing should not be a problem. Instead, it should be looked upon as routine and both parties should try and maintain decorum, as well as prepare for it accordingly. This should not be constituted as illegal if the employee willingly accepted the terms. The employer should also maintain a neutral angle, not showing favor to any specific candidate or employee. The tests should also be done within the expected times, and respect maintained throughout. Such expectations are, however, maintained within certain industries, especially within medical practice and competitive sports. Therefore it should not be expected as standard practice everywhere.