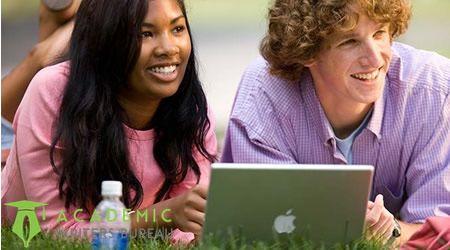 Should nuclear weapons be outlawed worldwide?

Nuclear weapons refer to an explosive device like a bomb or missile that derives its enery from nuclear energy reactions. Some of the countries that have carried out nuclear weapon research and development illegally include Iran and North Korea. This has substantially damaged their reputation with other world leaders, effectively experiencing sanctions for decades at a time. In many cases, they have lost international partnerships and lucrative deals due to their reputation and they are shunned by the world superpowers.

This puts these countries in a bad position to offer any benefits to their citizens through foreign investment, infrastructure, and trade deals. Over time, these countries economies deteriorate through reduced beneficial economic activities, which decreases their local currency’s value on the international market plunging them into terrible inflation. One that often their citizens cannot maintain. Additionally, a bad reputation as a tyrant country that refuses to abide by the laws implemented to govern the world peacefully, it puts economic pressure on them, that further devalues their economy.

Iran claims that their nuclear power development is peaceful. The government issues a statement that stated it is not developing nuclear weapons. This statement was made by their former president Ahmadinejad. Their supreme leader, Ayatollah Ali echoed the same sentiments and issued a fatwa. The production, stockpiling and use of nuclear weapons are forbidden under Islam law, sharia law; and as a result, Iran shall not and never will acquire these weapons.

However, these statements contradict the nuclear power deal the Obama administration orchestrated and signed with the country, to minimize the amount of uranium and by extension nuclear weapons they had by filing a silo with weapons with cement. Recently, the government under trump overrun this nuclear power deal, to the outrage of many American allies. Stating that a lot of work had been put into it, and Iran was put under sanctions immediately.

Iran is not the only country in the world that has possession of nuclear weapons. Others include China, France, Russia, the United Kingdom, and united states. The difference is that some of these countries do manufacture the nuclear weapons, over the agreed upon limits and are considered volatile or rebellious. The other states that have possession include India, Turkey, Pakistan, Belgium, and the Netherlands.

The reason why nuclear weapons exist is largely for war. In the event of war, a country would like to be able to have the upper hand and protect itself. This is where it lies. Additionally, countries engage in nuclear weaponization research and development, for superiority rankings around the world. To be considered a powerful nation and to be able to command respect at world summit meetings, and have more of a political sway when it comes to world issues.

However, this also puts the countries with less military powers and no nuclear powers at all at risk. Given that other countries feel superior to others, they are forced to yield to their demands or face economic or military pressure against them. These actions are not fair and should be regulated to allow all countries to have a level playing field. Whether it concerns their independence, political reforms or even while they may disagree with other superpowers, the consequence does not have to be the threat of war.

Nuclear weapons have been outlawed as the first response for military use, and even limited for development because of the great nature of its destruction. After the level of death and destruction that took place during the second world war in Japan at Hiroshima and Nagasaki, the united states and the world was shocked at the effects it had on the Japanese people, and for years to come. It was such a final and devastating act of war, that it is tantamount to crimes against humanity because of the echoes of disaster that it causes. For years after, women gave them birth to deformed children due to the radiation substances present in nuclear weapons. Ultimately, affecting even the genetic makeup of unborn children. For this reason alone, it should be outlawed worldwide.